Check Out The Median Rent In Your Miami Neighborhood 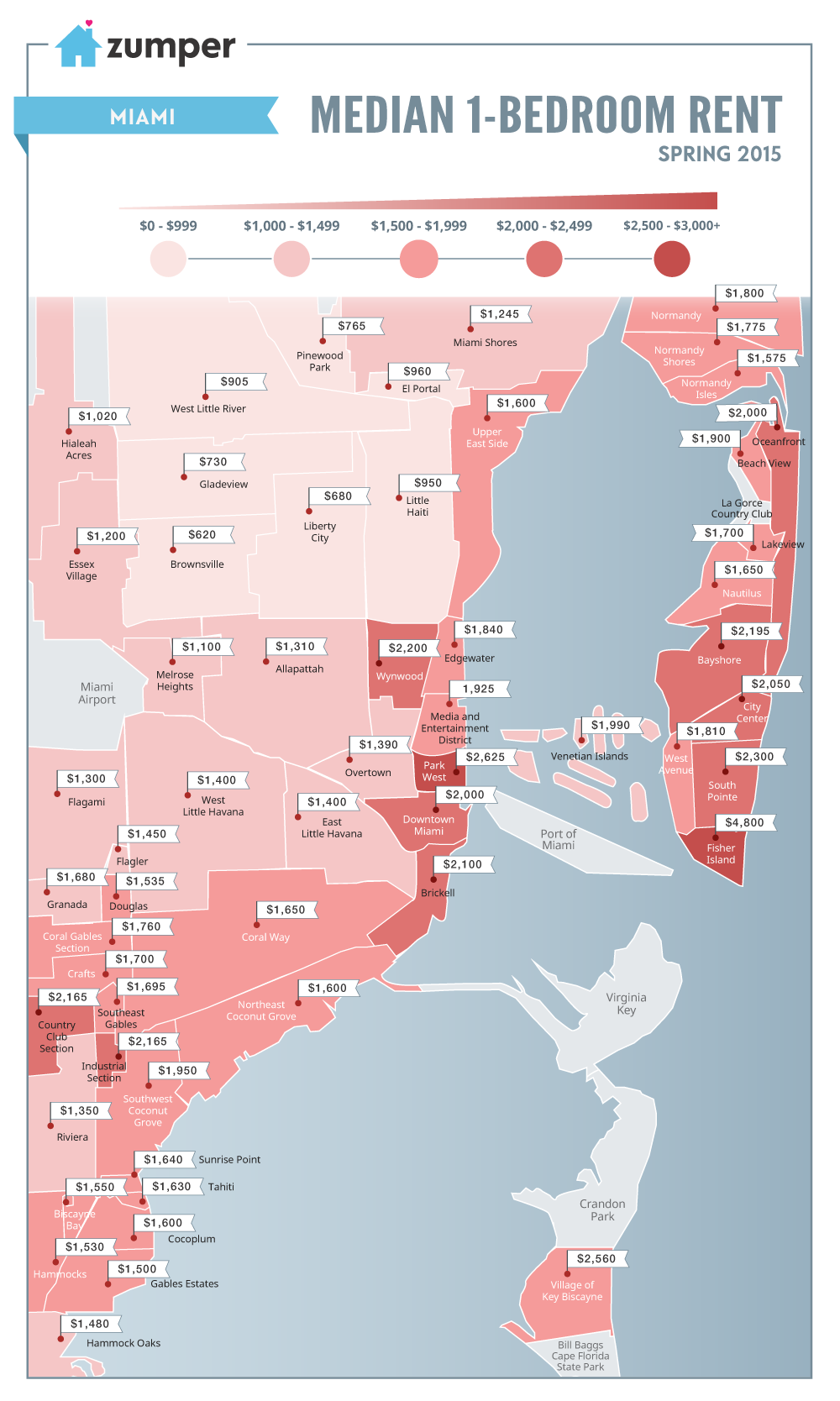 Rental start-up Zumper has released a map (scroll below) of the median rents across Miami neighborhoods, and concludes the Miami rental market has become the sixth most expensive in the country.
According to Zumper, the median price of a one-bedroom rental in the city — including apartments, condos, and rentals — $1,880.
Real estate analyst Jack McCabe says rental rates in the city are skyrocketing, increasing at near double-digit rates over the past year.
McCabe confirms the rates in Miami are some of the highest in the country, especially compared with the median household income in the city.
“Many people in Miami are heavily burdened by their household costs,” he says. “Almost 40 percent of the population is paying 50 percent or more of their income towards their housing expenses.”
He believes that if this trend continues, many young people may leave the area for other parts of the country that have a better standard of living.
The hottest neighborhood for rentals right now is Brickell, which McCabe says has gone in the past few years from being solely a workplace neighborhood, to a 24-hour “live, work, and play new urbanization area.”
The trendiness of newly developed neighborhoods like Brickell and Edgewater has even convinced some long-time residents of Miami Beach, the hot rental area over the past few decades, to move to the city, says McCabe. These neighborhoods provide Miami Beach expats with a similarly hip atmosphere at a slightly smaller price tag, although still high compared to the majority of the country.   Read More: http://wlrn.org/