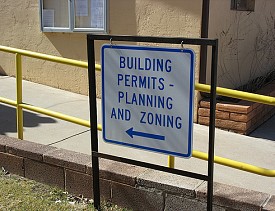 So you just bought your new condo unit or home and you want to make the place look great.  Or, you have been living in your unit or home for what seems like forever and it’s time for one of those complete makeovers.  How far can you go without getting association approval, and/or approval from your local municipality?
Let’s start by stating that in general, almost anything you do is going to require that a permit is pulled.  This applies for the installation of new cabinetry, the relocation of plumbing, any electrical wiring, the installation of new flooring and almost anything else you can imagine, absent a paint job.
Often times, if the municipality is unsure as to whether or not your intended modification involves the common elements of the association, the municipality will require that you also submit written approval from the association.  So why won’t the association approve your request to spruce up the joint?  Often times it’s because owners seek to remove common element and/or load bearing walls,  the plumbing will be modified and interrupted as to other units, the floor is being installed without the proper sound proofing or the change will be seen from the exterior of the property.

Sometimes, the association won’t allow you to make the change because you are actually attempting to change common element property and not your own.  Several years ago, I represented an ocean-front condominium in Broward. One owner’s balcony faced the pool deck and ocean but was located 22 inches above the pool deck.  This owner got tired of walking through the hallways, past the elevators and mailboxes to get to the pool.  He had a better idea.  He decided to get a chain saw and slice apart the common element balcony railing and turn it into a swinging gate, without first getting authorization from the association.  Now, he and his wife would simply hop down 22 inches to get to the pool deck and at the end of the day hop up 22 inches from the pool deck to get back to their balcony and get home.
The association was outraged and ordered that I do something about it.  I filed an arbitration suit and won.  The arbitrator told the owner to repair the gate.  The owner appealed and asked for a trial in Circuit Court.  After a trial, the judge ordered the owner to repair the gate. The owner appealed.  A three judge appellate panel ordered the owner to put the gate back.  The owner then tried to appeal to The Florida Supreme Court, which decided not to hear the case. At each stage of these proceedings, attorney’s fees were awardable.  One day, the owner went to his bank account, and it simply wasn’t there any longer.  I had garnished it.  All because he didn’t get permission to make that modification beforehand.  Had he asked first, he would have learned that he can’t modify the common elements.
Don’t let that happen to you.  Review your governing documents before you make repairs or modifications to your unit or home.  Pull the permits if required.  The alternative can be much more costly.
Read Original: http://www.hoa-condoblog.com/