Is the condo market ripe for bulk buys? 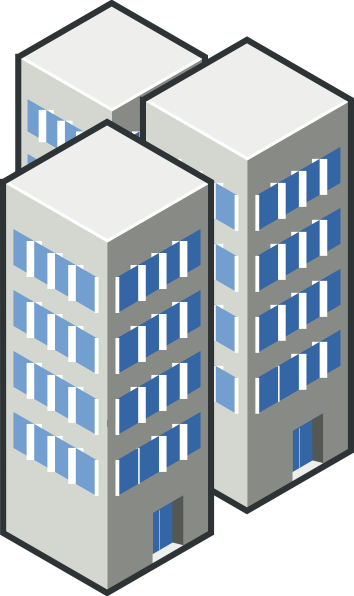 By Steven Fischler Special to the Miami Herald
miamiherald |

While the Miami condominium market can be unpredictable, it is also very cyclical. Real estate experts and insiders often can see what’s coming next. And what’s next could be bulk buys.
As the market cools, investors can oftentimes buy 10 or more units — and sometimes even entire buildings — at a discount. Of seven conditions that typically lead to bulk buys, we are already seeing signs of six of them.

1. Commissions and incentives to brokers are increasing. The practice started in late 2015 and has spread. In March, one developer announced it was raising commissions to 10 percent on two Miami projects and lowering deposit requirements. Another developer upped its commission from 6 percent to 7 percent while also offering Realtors car leases or jet skis as additional incentives and other projects promptly followed suit.

2. Sales prices are flat or falling. A report released by Miami’s Downtown Development Authority at the beginning of August showed that downtown Miami condominium prices dropped for the first time in five years. The report focused on resale prices, which declined 4 percent, a phenomenon representative of the entire Miami market. Which leads to…

3. Resales in new buildings. The same DDA report compared listings from May 2014 to May 2016. There were 1,900 listings then; there are 3,000 now. Over that same period, monthly sales fell 43 percent. Immediate resales drive down prices if purchased during a pre-construction or early period at prices below those on new units. With new and resale residences hitting the market simultaneously, you can find projects with 20 percent-plus of units available.

4. Banks are tightening lending requirements. Good news: We will not see a repeat of 2008. To better insulate themselves, banks have instituted higher sales threshold levels throughout this cycle and become more selective about which projects to fund as we have moved through this cycle.

5. New inventory builds up. According to the Integra Realty report released by the DDA, more than 2,500 units were available in any given month over the past two years. This May, the number topped 3,000. Because of long lead times, nearly 7,500 condos were under construction in the second quarter of 2016 with another 1,550 being marketed in the pre-construction phase.

6. Developers and investors begin looking for financing against their unsold or all cash units. This is where we are right now. For example, the demand for hard money lending to foreign buyers has never been higher.

All of these steps could eventually lead to…

7. Off-market opportunities. If history repeats itself, we could start to hear developers whispering about blocks of units for sale. Although we have not seen this yet, the practice became common in the last cycle when velocity slowed and buyers stopped showing up for closings. Between July 2008 and August 2009, nine bulk sales in Miami-Dade County totaling 613 units averaged $199 per square foot, according to Condo Vultures. One buyer bought 10 units at Brickell on the River South Tower at a 43 percent discount. Another buyer paid less than $200 per square foot for 21 units at Marina Blue. Over the next two years, bulk sales were recorded at a Fontainebleau project, Regent Hotel, 900 Biscayne Bay, Downtown Dadeland and others.

Will we get to Step 7 this time? This is not 2008-09. And Miami has become a destination because of the lifestyle, arts and business opportunities the city offers. Those should cushion any decline and then bring new life to the condo market.

Steven Fischler is a co-founder and principal of New Gables Capital, a real estate private lending company. He can be reached at steven@newgablescapital.com.