Billy Joel sold a waterfront mansion in Miami Beach for $13.75 million, One Sotheby’s International Realty said Tuesday.
The 8,881-square-foot home at 82 La Gorce Circle has seven bedrooms, eight and a half bathrooms, a wine cellar, gourmet kitchen and 165 feet of waterfront.
Joel made a $250,000 profit, records show

The new date for  Elio's Retirement Luncheon is now on

The luncheon will be held in the Social Room at 12:00PM sharp.
No comments:

You are cordially invited to Elio's Retirement Luncheon on Friday June 28th. The luncheon will be held in the Social Room at 12:00PM sharp.

Please RSVP no later than Tuesday June 25th at

As of June 17 2013 there were about 24,837 single family and condo homes listed for sale in Miami Florida. The median asking price of these homes was approximately $264,900. Since this time last year, the inventory of homes for sale has decreased by 7.3% and the median price has increased by 15.2%.

Thank you for contacting Governor Rick Scott regarding legislation passed by the Florida Legislature during the 2013 regular session.  The Governor appreciates your thoughts and asked that I respond on his behalf.

The Executive Office of the Governor follows all bills as they move through the legislative process.  Please be assured, Governor Scott carefully considered your comments and those of other concerned citizens regarding House Bill 7119 relating to Homeowner’s Associations as he made his decision.

After consulting with all interested parties and thoroughly weighing all sides of this issue, Governor Scott signed House Bill 7119 into law on June 14.  The law will take effect on July 1.  Information about the Governor's Bill Actions can be found on the Governor's web site at http://www.flgov.com/bill-action/
And http://www.myfloridahouse.gov/Sections/Bills/billsdetail.aspx?BillId=50854&SessionId=73

Thank you again for taking the time to contact the Governor's Office.  Your input is important to him.  Information about the Governor’s administration and initiatives can be obtained online at www.flgov.com. 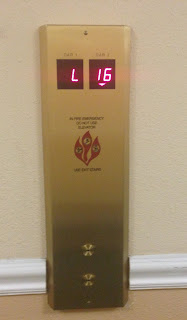 in Florida, but critics say the measure is unfair to homeowners.

filings and gives community associations more power in the process.

The bill, sponsored by Sen. Jack Latvala and Rep. Kathleen Passidomo, also requires lenders to have their paperwork in order before filing a foreclosure complaint. And it cuts the time period in which banks can seek a deficiency judgment against homeowners

to one year from five.

Condominium associations across Florida were devastated financially during the housing bust when owners fell into foreclosure. That forced the remaining owners to make up shortfalls in monthly maintenance dues, and many of those owners became delinquent on their mortgages as a result, Berger said.

Send an email to Governor Scott

As many of you know, we worked very hard this year getting House Bill 7119 passed by a vote of 134 to 4 in The House of Representatives and 37 to 0 in The Florida Senate.  In order to become law, the bill simply needs to be signed by The Governor.
To refresh your memory, the highlights of the bill are:

I think anyone that lives in a community association would agree that these are wonderful changes to the law that are long overdue in Florida homeowner associations.
Believe it or not however, there is a small amount of opposition to the bill because of the bill's requirement that HOAs must simply fill out a form (free of charge) that tells the DBPR the name of the association, how many parcels are in the community, their address, federal employer i.d. number and the amount of their budget.  THAT IS ALL THE BILL REQUIRES.  NOTHING MORE.  NOTHING LESS.
These opposition folks are urging The Governor to veto all of the above provisions of HB 7119 and to let the bill die simply because they basically have to provide their name and address to the state.  It's hard to believe that these opponents would agree to throw away all of the protections that the bill would now finally afford members in an HOA, but I'm telling you to believe it.
I am urging all of you to please IMMEDIATELY send an e-mail to Governor Rick Scott demanding that he sign HB 7119.
COPY AND PASTE THE TEXT BELOW:
Dear Governor Scott:
House Bill 7119 overwhelmingly passed The House of Representatives and The Florida Senate because it is a wonderful bill that provides much protection to the millions of Floridians who live in Florida homeowner associations.  It simply provides members in a homeowner's association with much of the same rights that condominium owners already have under Florida law.  It is long overdue and I urge you to sign it into law immediately.
Click Here to Paste Text and Send Email to Governor Scott
Please take just a minute or two of your time to send the e-mail to the Governor in order to ensure the passage of legislation that will be beneficial to so many of you.  Or...you can ignore this e-mail and risk the possibility that directors who steal from associations and get arrested will still serve on your Board, you will continue to pay for copies of records, your Board members won't have to get certified, developers can maintain control of your community longer and change your governing documents to suit them, and banks will owe your association nothing if they foreclose after the association has already done so.

Tropical Storm Andrea has formed in the Gulf of Mexico, the National Hurricane Center in Miami reported late this afternoon. It is the first named storm of the 2013 Atlantic hurricane season.
Andrea will bring heavy rain, gusty winds, rough surf and severe thunderstorms to much of Florida on Thursday, according to AccuWeather meteorologist Alex Sosnowski.
It is forecast to cross the Florida peninsula on Thursday before heading up the Eastern Seaboard on Friday and Saturday, delivering heavy rain and thunderstorms from the mid-Atlantic to New England.
The system has already produced drenching rainfall in Mexico's Yucatan Peninsula and in western Cuba, the hurricane center reported.
Click Here to Visit the National Hurricane Center

CALL announces that the following bills were approved by Governor Scott:
HB 277 (Rep. Rehwinkel Vasilinda), Relating to Assessment of Residential and Nonhomestead Real Property.  The bill provides that, in determining the assessed value of real property used for residential purposes, a property appraiser may not consider the increase in the just value attributed to the installation of renewable energy source device.  Effective Date: July 1, 2013
SB 342 (Sen. Thrasher), Relating to Rental of Homestead Property.  This bill provides that a homestead property may be rented for up to 30 days per calendar year without being considered abandoned or losing the homestead exemption on the property.  If the homestead is rented for more than 30 days, the property can lose its homestead exemption.  Effective Date:  July 1, 2013
HB 999 (Rep. Patronis), Relating to Environmental Regulation).  This bill is primarily an environmental regulation bill that was opposed by a number of environmental groups.  However, the bill includes language impacting condominium associations that have boat docks and submerged land leases.  The bill will exempt multi-family homes with boat docks from paying submerged land lease fees for an area equal to or less than 10 times the riparian shoreline times the number of units with boat docks.  Effective Date:  July 1, 2013
SB 1770 (Sen. Simmons), Relating to Property Insurance.   The bill sets up a clearinghouse to shop prospective customers in the private market and sets up an inspector general for Citizens.  The bill also reduces the maximum amount of coverage available from Citizens from $1 million to $700,000 over three years and prohibits Citizens coverage for new buildings seaward of the coastal construction line.  Effective Date:  July 1, 2013
SB 468 (Sen. Hukill), Relating to Property and Casualty Insurance Rates, Fees, and Forms.  This bill includes an anti-consumer provision which will allow insurance companies to file form changes with the Office of Insurance Regulation (OIR) without review by OIR.  Historically, over 90% of the policy forms filed with OIR contain a violation of Florida law.  Effective Date:  July 1, 2013
Visit http://www.callbp.com/
No comments:
Newer Posts Older Posts Home
Subscribe to: Posts (Atom)