Park Smart - Take your valuables with you! 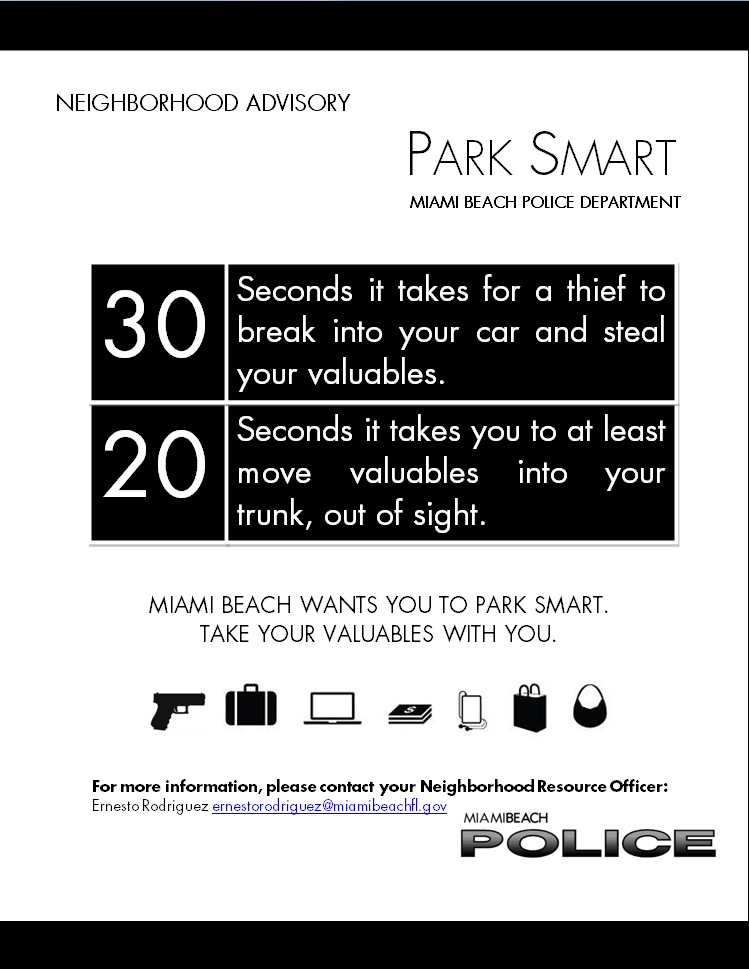 We are committed to providing excellent public service and safety to all who live, work and play in our vibrant, tropical, historic community.

Foreign investors — the lifeblood of South Florida’s condo market for the last five years — are finding it increasingly expensive to buy new and existing units east of Interstate 95 in the tricounty region of Miami-Dade, Broward or Palm Beach.
For international investors, the increased costs associated with buying resale condos or preconstruction units in South Florida is the result of a combination of factors, including the resurgent tricounty real estate market combined with the strengthening U.S. dollar.
Gone are the opportunities of recent years when units in South Florida could be acquired in cash transactions at prices below the costs to build — or replace — these same condos.
Adding to the growing sense of sticker shock in the South Florida condo market is the fact the currency exchange rates of several key countries from which many of the foreign investors originate from have plummeted in the last year.
A quick glance at the currency exchange website OandA.com shows the U.S. dollar has gained value against most currencies in the Americas and Western Europe.
....
Currently, the mean asking price of a condo resale unit located east of I-95 in South Florida is about $355 per square foot, representing an 88 percent increase over the mean transaction price of $189 per square foot at the bottom of the last real estate crash in 2009, according to data from the Southeast Florida MLXchange.
Read More: http://www.miamiherald.com/

For 20 years, Stephen Norris has lived in a modest condo in pretty Seaway Villas, a low-slung 1930s building with a primo spot right on the beach in Surfside.
But a majority of his fellow condo owners, most of whom don’t live in the building, have accepted buyout offers from a big developer that will make many of them rich. And now, because of a controversial loophole in Florida condo law, Norris — who says he doesn’t want to sell — could be forced out of his home. Two other holdout owners who don’t live in the two-story garden-style building, including a Bal Harbour council member, would also be compelled to sell.
As the holdouts cry foul, the battle over little Seaway Villas has blown up into a saga replete with allegations of conspiracies and high-pressure tactics by some eager-to-sell condo owners and developer Fort Capital Management, questions about the role played by development-friendly town officials, and a last-minute intervention by Miami-Dade County historic preservation officials — who say the 1936 building, the first apartment house in Surfside, qualifies for protection as a historic landmark.
.....

The payouts from Fort Capital range from the high six figures to more than $1 million depending on unit size, several owners say. That represents a substantial premium over the market value of the condos, which according to the county appraiser’s website range roughly from around $150,000 to over $300,000. The payout would be especially rich for a handful of owners who control multiple units.
The willing Seaway sellers and Fort Capital officials contend the holdouts are not interested in historic preservation, but are using the process to “extort’’ a bigger payout from the developers, an allegation Norris and Cohen strenuously deny. Conaghan called Cohen and Norris “deadbeats’’ who refused to pay a substantial assessment for major repairs a couple of years ago — though both say they are in litigation with the board, which they claim improperly handled the project.
The sellers and Fort Capital also claim the building, which passed a 40-year certification just two years ago, is in bad shape and needs extensive maintenance that most owners and the association, which they contend is broke, can’t afford to pay for — even though most of those owners have homes somewhere else and many rent out their units.
“There is no doubt this will change the lives of the majority of these residents. This is more money than they have ever seen in their lives,’’ said Brian Campbell, an investor and businessman who owns two units in the building but lives in Brickell. “It’s a tremendous windfall, a great good fortune.
“There is no doubt the building is a ticking clock of maintenance issues. The building is going to fall further in disrepair. If they can’t sell, what are these people going to do?”
Just how much is at stake financially? Campbell and a group of other owners hired powerhouse zoning attorney Lucia Dougherty of Greenberg Traurig to represent them. Dougherty, whose appearance at a historic preservation board meeting this week raised eyebrows, more typically represents big developers in permitting projects worth hundreds of millions of dollars.
Full Story Here: http://www.miamiherald.com/

CAMs: Avoid That Temptation at all Costs

After doing this for 22 years now, I don’t get surprised that often any longer by anything that takes place in the world of condos and HOAs.  This week however, I was quite surprised.

If you’re a community association manager, and you receive kick backs from a vendor, good luck explaining at your disciplinary hearing that you were being loyal, were dealing honestly, fairly and in good faith and were providing full disclosure to the association you were working for.


Managers are wise to stay as far away as possible from any company dangling that carrot in the form of a kick back.  Nothing is worth the loss of your license.