THE PAVILION CONDOMINIUM ASSOCIATION OF MIAMI BEACH, INC.
BOARD OF DIRECTORS MEETING

5)    Old Business
A)  BOD Presentation on Action Plan for Security and Tenant
Registration as per July 10, 2013 BOD Meeting

7)   Questions and An Answers segment for unit owners

Note:  Prior to beginning of the Meeting there will be a
Meet and Greet/ Presentation by  Icon  Unlimited Group on Proposed Interior and Exterior building improvements.  Presentation to take place in the lobby.

NOTE: MEETING FOR UNIT OWNERS ONLY

South Florida housing prices up by double digits in June

South Florida existing homes sales continue to sizzle in the face of rising interest rates and a lack of inventory.

The median price of a single-family home in Miami-Dade climbed 21.1 percent to $230,000 in June from $190,000 a year earlier, as buyers duke it out over a tight inventory of homes for sale, the Miami Association of Realtors said.

Sales of single-family homes increased 25.1 percent to 1,170 closings in June from 935 a year earlier, but slipped 3.8 percent below May’s volume amid the shortage of listings.

“There’s so much pent-up demand. Sellers are in control,’’ said Jim Brinker, an agent with One Sotheby’s International Realty in Miami Beach. “People are paying full price. There is no supply. There’s tons of demand.’’
The story in Broward was similar, with the median price of a single-family home up 23.2 percent to $265,000 in June from $215,000 a year earlier, according to the Greater Fort Lauderdale Realtors.

In June, 5,962 Broward condos were listed in the MLS, or Multiple Listing Service, down from 6,120 a year earlier, the Greater Fort Lauderdale Realtors said.

The inventory of single-family homes for sale in Broward dropped 14.4 percent in June to 4,225 from 4,935 a year earlier.

Broward had just a 3.4-month supply of single-family homes and a 4.3-month supply of condos and townhouses listed for sale in June, helping to create a sellers’ market in which prices tend to rise quickly. Typically a 6-month supply of homes — or six times the number of homes sold in a month — is considered a balanced market between buyers and sellers.

Amid the shortage of supply, houses in Broward are being snapped up faster.

In June, the median time to sell a single-family home in Broward dropped to 29 days from 37 days in June 2012 and condos went in 37 days, down from 38 days a year earlier, the Greater Fort Lauderdale Realtors said.
Realtors say sellers are calling the shots, often getting their original asking price — and sometimes more — as bidding wars break out among buyers eager to nail down a property.

In Miami-Dade, single-family homes sold for 95.8 percent of their original listing price on average in June, up from 93.1 percent a year earlier, while condominiums went for 96.9 percent of asking price, up 0.9 percentage point from a year earlier.

To be or not to be….Board Membership, that is the Question! 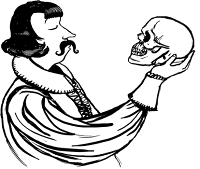 At some point in time, especially those of us who are members of any type of association, dream of being in charge, running it the way we see fit, and making the decisions that we don’t believe are being properly handled.
As a result of what one sees or does not see happening around the community, one is motivated to become member of the Board of Directors. Are you up for the challenge?

Becoming a candidate for the Board of Directors and getting elected to the position is just the beginning.  I suggest that before you put out campaign signs review the governing documents for your community (Declaration of Condominium or Covenants, Conditions and Restrictions, as applicable; Bylaws; Articles of Incorporation; Rules and Regulations; and of course the applicable Florida Statutes [which have been addressed throughout this blog series]).
I know…I know…you are not in school anymore and this is just too much…boring reading to put it mildly. However, you must remember the governing documents keep your association operating for the benefit of all members…. equally. As a member of the Board you are running a business together with the other members of the Board of Directors. Would you run a fortune 500 company, let alone an ice cream shop without knowing how it operates?
The restrictions on being a Member of the Board of Directors may seem daunting. The many steps one has to follow to notice meetings, ensure collection of assessments, maintain common property can be exhausting. However, reading, reviewing and referring to the governing documents and the Florida Statutes are critical to successful administration of the association.
It is important to note that ALL directors, officers and agents of the association must discharge his or her duties in good faith, with the care an ordinarily prudent person in a like position would exercise under similar circumstances, and in a manner he or she reasonably believes to be in the interests of the association.  Doing so, ensures that a member of the Board of Directors is faithful in the execution of (the all too much thrown around phrase) his/her “fiduciary duty”.

This is in no way meant to deter owners from wanting to take part in administration of their association. I want you to be well educated for the non-compensated endeavor you are about to undertake. I have found that the majority of directors I work with find their job rewarding.

As your City Commissioner, I want to let you know that I am working side by side with City Departments to resolve the serious flooding issues that Miami Beach is currently experiencing. The City has initiated a collaborative response to the flooding concerns resulting from two days of consistent rain including a two hour period yesterday morning that resulted in approximately 4 inches of rain at the City rain gauges in Miami Beach.

The Police Department assisted  with the identification of flooded areas and responding to stalled vehicles; the Fire Department has responded to assist with several concerns regarding flooding at private residences;  CIP Department has been working with their contractors to alleviate flooding in construction areas and the Public Works Department has been troubleshooting pump station operations, clearing of inlets and outfalls to ensure efficient operation of the stormwater systems including  two vacuum trucks working constantly to address stormwater and sewer backups.

It appears at this point that the worst of the storm has passed. Still that is not enough for me and I hear your frustrations and more needs to be done immediately.  The long term solution is something that I have been working on as your City Commissioner, the Stormwater Master Plan. In the short term, I am requesting the City Manager to organize a Taskforce lead by the four department heads of the Police Department, Fire Department, Public Works and CIP to see how we can respond better to these flooding situations. Do we need more vacuum trucks? This is the type of question that we need to examine. I am requesting that we hold a public meeting immediately so the public can share their individual experiences. I believe that working together as a community and a collaborative effort we can be better prepared.

John Paulson made billions betting against subprime mortgages. Now, he says buying a house is the best possible investment.
If you already own a home, buy a second one. "You won't make returns that good by investing in me," Paulson told the audience at CNBC's Delivering Alpha conference in Manhattan on Wednesday.
Paulson said that back in 2006, he was aware that housing was at its peak. Now, he thinks it's still very close to the bottom.
"I think we're just at the beginning of the recovery. I think it will continue for four to seven years," he said. "It's not too late to get involved."
For the individual investor, locking in a fixed-mortgage rate is also a way to hedge against inflation down the road. He thinks it's unlikely that an uptick in mortgage rates will cause the housing market to cool.
Paulson's hedge fund, Paulson & Co., has been betting big on housing for more than a year. He says his fund has likely been the largest purchaser of undeveloped land in Arizona, California, Florida and Nevada this year. He expects the price of such land to increase precipitously, since he thinks there's not enough inventory to meet the coming demand for new homes.
The 57-year old billionaire has a knack for finding returns in the housing market, but his bets on gold haven't worked out very well recently. Paulson's gold fund has lost 65% this year as the price of gold has dropped roughly 25%.
Still, Paulson thinks gold is a winning bet over the long term. He is certain that inflation will eventually be an issue, and gold is the ultimate hedge. "The rationale for owning gold has not gone away," he said. "The consequences of printing money over time will be inflation. It's difficult to predict when."
For those who think Paulson might be a one-hit housing wonder, there's still time to measure his investing prowess over the long haul: Paulson said he's just started the second 20-year chapter of his wealth-management career. At 77, he thinks he may be ready to retire.
Read More: http://buzz.money.cnn.com/
No comments:

The bridge will be closed as contractors rebuild the base and replace the guardrail along the flyover, according to the Florida Department of Transportation.

The closure was expected to begin Sunday night but was delayed until Monday night because of rain.

A detour will be established along Alton Road and 5th Street. Drivers should seek alternate routes, if possible.

Officials said the construction will not affect bus service, business access or pedestrian access. The work is scheduled through mid-August.

......
In the condominium market, the median price of a unit sold in May jumped 20 percent from a year earlier to $180,000, according to the Miami Association of Realtors. Condos formed the bulk of the city’s unsold inventory after about 14,000 high-rise units were constructed near downtown as prices began falling, Pappas said.

The supply of available homes in Miami has been cut to less than three months from 15, boosting prices and giving banks reason to bring their backlog of foreclosures to market, Pappas said. “There’s a real supply crunch,” Hagenbuckle, founder of Bonita Springs, Florida-based TerraCap, said in a phone interview. “We’re inundated by buyers from Brazil, Argentina and Venezuela. The market is rising and Miami is built out.”
.....