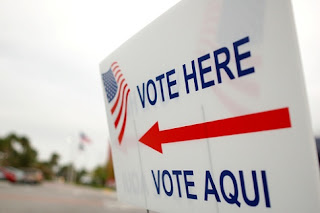 Hispanics are out. So are incumbents. First-timers are now the majority.
When Miami Beach voters went to the polls this month, they elected a brand-new City Commission.
Multimillionaire Philip Levine won the mayorship in just one round of voting. His closest competitor was sitting Commissioner Michael Góngora.
In runoffs on Tuesday, retired community banker Joy Malakoff beat Matti Herrera Bower for the Group III seat in resounding fashion, with 60 percent of the vote. Bower, mayor for the last six years, ran for commission because she was term-limited from her current post.
Criminal defense attorney Michael Grieco bested incumbent Jorge Exposito for the Group II seat.
In a race that was wide open, Realtor Micky Steinberg defeated Elsa Urquiza for the Group I post.
All of the losers are Hispanic. None of the winners are. The outcome: no Hispanics are left on the dais.
This, in a city where 53 percent of the population identifies as Hispanic, according to the 2010 Census. City meetings are often bilingual, and the Beach’s press office makes sure to make information available in both Spanish and English.
Read More: http://miamiherald.com