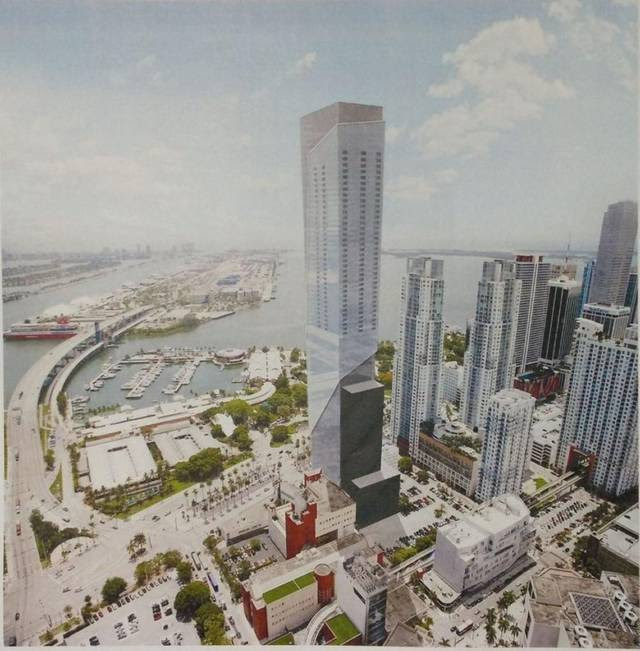 Developer plans a 77-story tower on the site

World Trade Center of the America’s would be one of Miami’s tallest buildings
Project would have 400 condos, 240 hotel rooms, more than 500,000 square feet of retail and office space

A Holiday Inn in downtown Miami sold Friday for $65 million — and the developers behind the deal plan to tear down the 10-story hotel and build a 77-story mixed-use tower in its place.

The project, at 340 Biscayne Blvd., will include 400 condos, 240 hotel rooms, 270,000 square feet of retail and 246,000 square feet of office space, said Iris Escarra, an attorney at Greenberg Traurig who represents the developers. The city of Miami’s Urban Design Review Board has approved the plans for the nearly 3-acre site.

At 953 feet, the World Trade Center of the Americas would be one of the tallest towers in Miami. The Federal Aviation Administration has already approved its proposed height.

The buyer is Brazilian developer Gilberto Bomeny. Sunny Isles Beach developer Louis Montello is also listed on corporate documents filed by one of the companies that submitted plans to the city.
Larry Stockton and Jeff Resnick of Colliers International South Florida brokered the transaction.