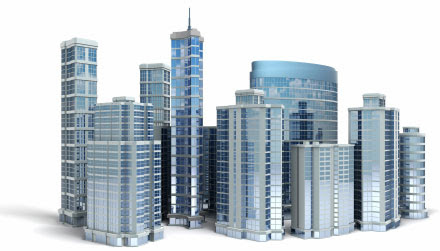 Foreign investors are moving away from buying Miami condos because prices have gotten too high, says Alex Zylberglait, senior vice president of investments with Marcus & Millichap in Miami.

Yet foreign capital is still flowing into the region's real estate market.

The Daily Business Review spoke with Zylberglait about why. This interview has been edited for length and clarity.

For decades, foreign buyers came to the U.S. to buy condos. But a strong dollar and skyrocketing condo prices has been shifting foreign investors' appetite in Miami real estate from residential to commercial.

We really began to see this in early 2015, when commercial real estate deals in Miami involving foreign capital jumped to $2.3 billion from $468 million in 2014, according to data from Real Capital Analytics.

The volume of international investment is down this year compared with 2015. Why is that?

While the absolute numbers are down, they're still very strong. Part of it relates to the fact that the dollar has strengthened against foreign currencies. That has caused somewhat of a pause or slowdown.

Nevertheless, the numbers are still healthy. The fact that financing has been available to international buyers more so than in the past has fueled strong foreign investment activity, as buyers are able to leverage their equity and increase their purchase power.

Miami's real estate market has grown beyond its luxury condo offerings. What drove this evolution?

As the condo pricing got significantly out of balance in mid- to late-2014, we began to see a lot of foreign buyers saying, "I would rather own a commercial asset that's going to give me more predictable cash flows and a higher appreciation potential."

Investors who traditionally stuck to the residential market noticed that demand for commercial property was outpacing supply. We began seeing a migration of residential investors into the commercial sector.

Between 2009 and 2014, the volume of commercial sales to foreign investors ebbed and flowed, ranging from $71 million up to $714 million. A noticeable shift took place in 2015, when foreign buyers invested over $2 billion in the region's commercial sector, simultaneous to a softening in the condo market. That tells us that foreign capital isn't really leaving Miami, but rather changing the type of asset.

For example, I'm working with an Argentinian investor who stopped buying condos last year and is now buying single-tenant, triple-net-leased assets in South Florida. Between 2010 and 2014, he bought three high-end condos. But in 2016, he decided to stop buying condos because he perceived that prices had hit a plateau and wouldn't appreciate much more in the near future.

He's actively looking for more single-tenant assets that are easy to manage at a distance, can generate cash flow and are still increasing in value.

What notable trends have you seen in today's commercial real estate market?

We're seeing some segments of the market leveling off in terms of pricing. There has been an unprecedented growth in values up until last year. This year, we're seeing less price appreciation.