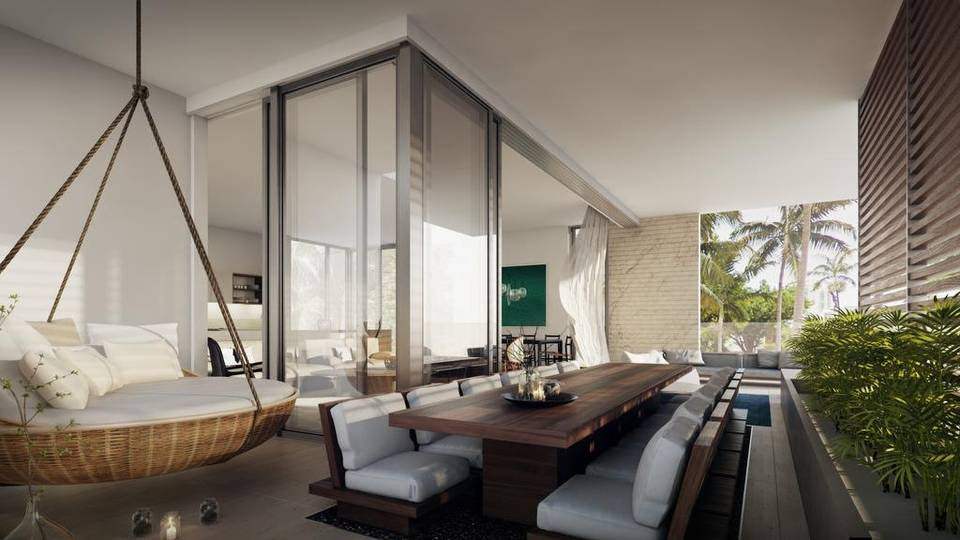 Out-of-town buyers aren’t just snapping up Miami’s prime real estate — they’re also changing the way luxury developers build.
As more out-of-towners decide they want to put down roots in South Florida rather than simply buy investment properties for the rental market, they’re asking for bigger, better, more expensive designs. Units equipped with quarters for a nanny or maid. Guest suites for visiting relatives and friends. High-tech security with biometric identification.
Those requests come from both Latin Americans, who have driven Miami’s latest real-estate boom, and wealthy Americans, who are appearing locally in greater numbers. Some developers, hoping to lure a growing pool of Chinese buyers, are even turning to “feng shui” consultants who specialize in the eastern art of balanced design.
“Foreign investment has completely changed our entire landscape from an architectural standpoint,” said Daniel de la Vega, president of One Sotheby’s International Realty. “People are bringing their families here to spend time, and that changes their needs.”
One Sotheby’s now advises all developer clients building units greater than 3,500 square feet to include live-in quarters for a maid or nanny, de la Vega said.
At Paramount Miami Worldcenter, a luxury condo tower planned for downtown Miami’s Park West district, about 80 apartments out of a total 513 have a bedroom and bathroom — called a “lockout suite” — branching off from the main entrance near the unit’s private elevator. The studios, between 250 and 280 square feet, are envisioned as space for a maid or nanny, although they could also be used for teenage children who squawk for privacy or an elderly parent who needs quiet, said Peggy Fucci of OneWorld Properties, sales lead for the project.
Units with a lockout suite start at about $1.5 million, or $650 per square foot.