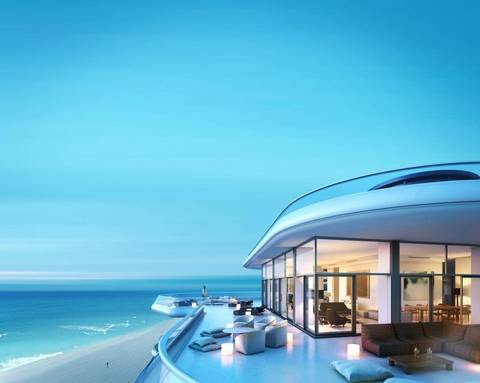 Kenneth Griffin, CEO of Citadel, is reportedly the buyer of the record-breaking $60 million penthouse at Faena House.

The 12,516-square-foot unit has eight bedrooms and a 70-foot-long rooftop pool

The Times reported that “people familiar with the deal” said Griffin, the founder and CEO of Chicago-based hedge fund Citadel, bought the eight-bedroom penthouse at Faena House in Mid-Beach for $4,794 per square foot.

Griffin grew up in Boca Raton and attended Boca Raton Community High School, according to a profile in Chicago Magazine.

Forbes pegs Griffin’s net worth at about $7 billion. He paid $10 million above asking price for the 12,516-square-foot unit at the ultra-luxury 18-story tower built by Argentine developer Alan Faena.

The deal was done through a Delaware corporation that lists no owner or board members. Delaware state law does not require companies to reveal their owners. Wealthy buyers often use such tactics to obscure their identities and prevent them from showing up in public property records.