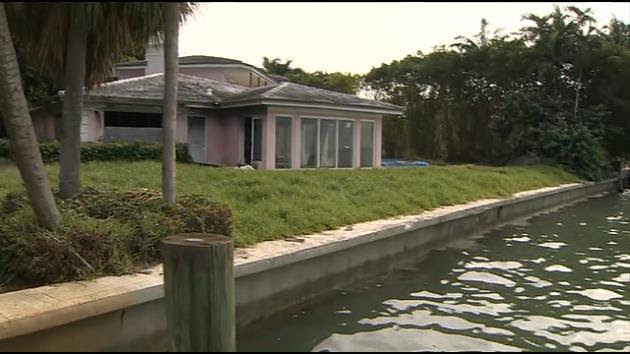 The new owners of the former South Florida home of Pablo Escobar, the notorious Colombian drug lord, are demolishing it, and there's no telling what they might find.

The coral-pink waterfront home is being searched after being seized by the government in the late 80s and later abandoned by a prior owner.

Now, the founder and CEO of Chicken Kitchen and his wife, who purchased the property in 2014, plan on demolishing the home, but not before doing a thorough search first.

"There's always the possibility and chance that they may find either money or drugs," said retired DEA agent Jim Shedd.

The new homeowner, Christian de Berdouare, is interested in what they may find. "A lot of people in Colombia knew that all of the drug dealers used to hide a lot of money in the houses that they used to own," said De Berdouare.

The house, which was purchased for nearly $10 million on North Bay Road, has caused a commotion. 7News even encountered a film crew filming inside the property as part of a documentary on the late drug kingpin.

"It could be a dead body, for all we know," said de Berdouare on what they could find. "It can be cash. It can be gold. It can diamonds."

Before beginning the demolition process, TV journalist Jennifer Valoppi, de Berdouare's wife, was sure to take some precautionary measures, considering the history of the home.

"Well, the first thing I did when the deed was transferred into our name was get a Monseigneur to come and bless the property," said Valoppi, "because I'm a little worried about what might have gone on here in those days."

The demolition of the home began on Monday, and there is no word yet if any relics of the late drug lord have been found.