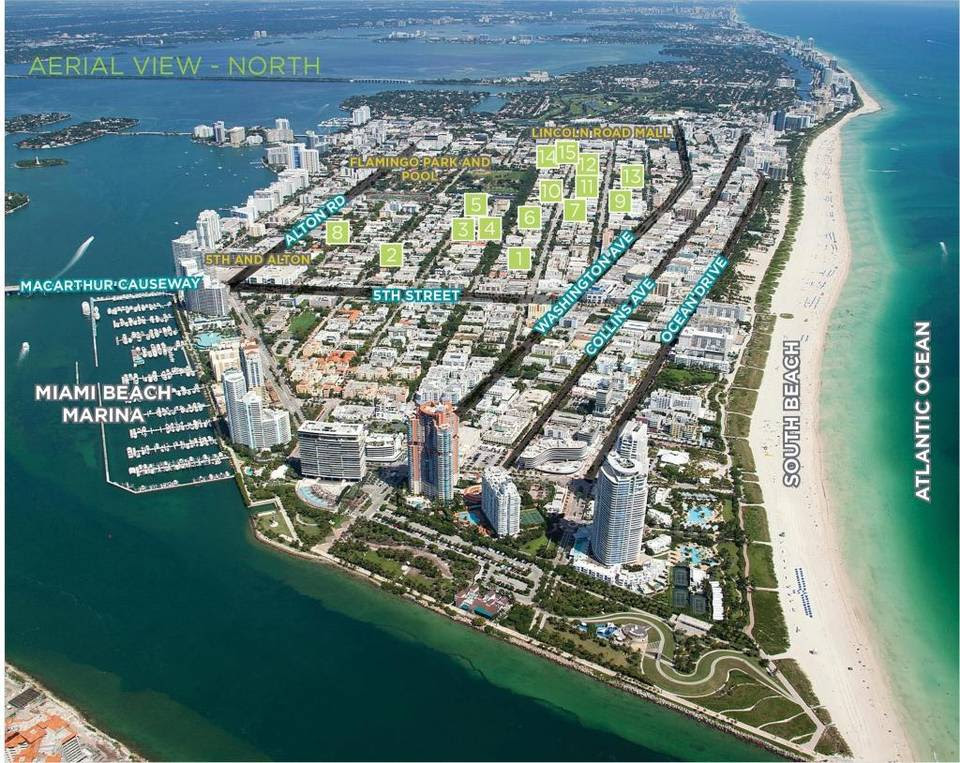 A portfolio of 15 aging, Art Deco apartment buildings in South Beach — one of the last bastions of working-class housing in a city with soaring prices — sold for $59 million on Wednesday.

The new owner, Boardwalk Properties FL, plans extensive renovations and improvements to the 240 units included in the deal — and also says it will raise rents by as much as 50 percent.

That means many tenants in the low-rise buildings, where a one-bedroom apartment can go for about $1,100 per month, could be forced out by rising prices.

It’s true that instead of having taxi drivers and sous chefs, you’ll end up with younger attorneys, people who work in the Design District, people who work downtown,” said Adam Walker, who runs Boardwalk, a private company that owns about 700 apartments in Miami Beach and Bay Harbor Islands. “These are people who drive Porsches and are drawn to Miami Beach but don’t want to live in high rises.”

These are people who drive Porsches and are drawn to Miami Beach but don’t want to live in high rises. Adam Walker, Boardwalk Properties FL Walker said the deal made Boardwalk the largest landlord of apartments in South Beach.

The company paid about $245,000 per unit. The sellers are a family that scooped up the buildings during the recession in 2009. A representative for the company that manages the units, Bar Invest Group, previously declined to reveal their identity to the Miami Herald.

The buildings are scattered between Seventh Street and 15th Street on the following avenues: Euclid, Michigan, Jefferson, Drexel, Meridian and Pennsylvania. It’s an area that hasn’t been transformed by the glitz and glamor of the trendy South of Fifth neighborhood or the gleaming oceanfront high-rises on Collins Avenue.

Jack McCabe, an analyst who studies South Florida’s real estate market, said the deal was “emblematic” of the region’s gentrification.

“Builders and renovators are focused on delivering the most profitable product, seemingly without concern about whether longtime South Floridians are going to be forced out of the area by higher rents,” McCabe said. “We’re seeing it up and down the coast but especially in Miami Beach . . . It’s really tough for people on a fixed income and for working-class people who are trying to save up for a down payment to buy a house.”

A study late last year found that Miami Beach has the most unequal housing market in the United States. The entire $59 million deal falls shy of the $60 million that hedge-fund mogul Kenneth Griffin spent on a penthouse duplex at an ultra-luxury condo in mid-Beach. (Griffin later relisted the units for $73 million.)

Boardwalk plans to renovate the buildings, which date mainly to the 1920s, '30s and '40s, over the next three years. “We’ll aim to renovate five buildings per year,” Walker said.

The company will preserve the building’s Art Deco facades, many of which are protected by the city of Miami Beach. But it will redo roofs where necessary, repaint exteriors and redo apartment interiors with stainless-steel appliances, central-air conditioning, granite counter-tops and tile floors in the bathrooms.

Rents will likely rise between 35 and 50 percent. They currently stand at about $2.25 per foot, compared to $3 for the rest of South Beach.

“The rents aren’t at the right level for this area,” Walker said.

As for the current tenants, he added, “we’re the largest owner of multi-family in North Beach so hopefully they can move to North Beach [where rents are also cheap]. . . You don’t lose much by being up there in terms of location.”

It’s really tough for people on a fixed income and for working-class people who are trying to save up for a down payment to buy a house. Jack McCabe, housing market analyst
The overall $59 million sales price was a record for a multi-housing deal in South Beach, according to broker Calum Weaver of CBRE, who handled the sale. The properties had originally been marketed at $65 million. They make up the largest portfolio of apartments to ever hit the market in South Beach.

“We had 15 different offers in total, ” Weaver said.

The bids came from interested parties in the U.S., Canada, Latin America and Europe.
Said Weaver: “People from all over the world know the South Beach brand.”