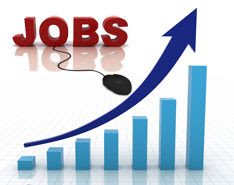 Florida “still on that road” to recovery

In January, at least, the region’s workforce was spared. Across Miami-Dade, Broward and Palm Beach counties, job growth remained steady, according to a monthly report released Monday by the Florida Department of Economic Opportunity.

“Brazil is in its worst recession since 1901. Canada is struggling with growth. [Local jobs] didn’t really show any of those ill effects,” said Sean Snaith, an economist at University of Central Florida. “But whether that continues to be the case is something we’re watching for.”

Manuel Lasaga, president of economic consultancy firm StratInfo and a professor of finance at Florida International University, said the strength is a spillover effect of the national economy’s upswing.

“The U.S. is the best performing economy in industrialized economies today . . . it should be an incentive for people who have temporairly left the labor force to get back into the swing of things,” he said.

Mason Williams, managing director and CIO of Coral Gables Trust Company, emphasized that the housing market is solid, despite reports that growth and sales are softening.

“Can’t keep goin’ in a straight line forever, so [the real estate market is] leveling off but not trending down in any way, shape or form,” Williams said. “Numbers coming out for the rest of the year on employment should continue to be suggestive of a viable real estate market, pending any surprises.”

South Florida, he added, continues to be in high demand for primary and secondary homes.

It was a strong year for construction, finance and the category of white-collar workers that includes lawyers, accountants and architects. Education and health services also grew at a good clip. Tourism, trade and retail, however, all grew at slower rates, likely due to global downturn, Snaith said.

South Florida has been resilient to foreign turmoil because of a hearty national economy, according to Mekael Teshome, an analyst at PNC Bank who covers Florida.

“The U.S. is the major engine of the global economy right now, at least among the major economies. And that’s been a tremendous asset for us in South Florida,” Teshome said. “As we have other parts of the U.S. continue in their economic expansions, it means more and more retirees are able to sell their homes and come to Florida. That’s really what’s buffering the weakness from overseas.”

The Miami-Dade unemployment rate hovered around 6 percent all year, at a time when unemployment rates in Broward and Florida continue to fall. So our recovery has basically stalled because of global economic conditions. Things aren't getting worse. But this may be the best they get.

“Florida’s economy, by my reckoning, went into recession before the national economy did,” Snaith said. “We had a longer road to go down to go back to full health in the labor market, and we’re still on that road despite the low unemployment rate.”