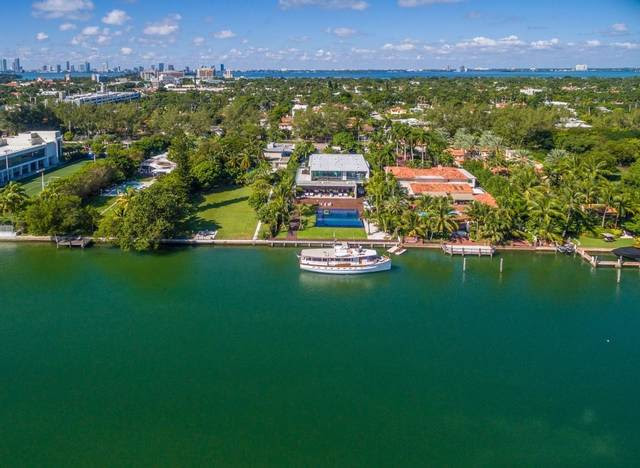 A Miami Beach mansion made a splash when it sold for $19.48 million — but the new owners don’t want their identities to leak out.

Miami-Dade County property records show the 11,500-square-foot home at 4395 Pine Tree Dr. sold last week to an entity called the Pine Tree Irrevocable Trust. But it’s not clear who set up the trust.
Lisa Schneider, an attorney who specializes in estate planning at West Palm Beach-based law firm Gunster, is listed as the trustee on the deed of sale. She did not respond to a request for comment.
Trusts are not part of the public record.

Many buyers of South Florida real estate set up trusts and shell companies in order to preserve their anonymity. Some are celebrities or athletes. Others are wealthy businesspeople who want to keep their affairs private. Latin American buyers have said they fear kidnapping attempts back home if they are known to be snatching up pricey Miami real estate. And some are criminals looking to launder dirty money through local homes, including accused Spanish drug lord Álvaro López Tardón, sentenced to 150 years in prison last year.

Whoever the buyers in this case are, they appear to have set a sales record for ritzy Pine Tree Drive, which overlooks the Intracoastal Waterway. (The Real Deal reported that the previous record price for Pine Tree Drive was $14.25 million.)

The waterfront home was built on spec by Miami Beach developer Todd Glaser and brothers Jarrett Posner, a New York financier, and Sean Posner, a local real estate executive. They bought the roughly one-acre lot in 2014 for $5.7 million from Jason Rosenhaus, brother and business partner of Miami sports mega-agent Drew Rosenhaus, and tore down the existing home.

“There’s quite a bit of spec home building happening on the Beach but this one was snapped up quickly,” said Mark Meland, an attorney who represented the developers. “It’s a big modern house but the finishes, including the use of wood, give it a very warm feel.”

Brett Harris of Douglas Elliman brokered the transaction. He did not return a call asking who the mystery buyers were.