How much has Miami Beach left on the table by not signing Airbnb deal? A lot. 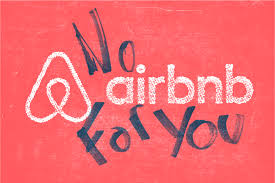 
In the midst of a deadlock between Airbnb and Miami Beach, the home sharing platform is trying to sway the tourist town with — what else? — money.

That’s $2 million to be exact, the amount Miami Beach left on the table in 2016 by refusing to sign a tax agreement that would allow Airbnb to collect the 3 percent resort tax from its hosts and remit it back to the city, the company told the Miami Herald Wednesday.

Miami Beach is one of three municipalities in Miami-Dade County with its own resort tax. Of the other two, Surfside and Bal Harbour Village, Surfside has already signed a deal with the platform. The county and Airbnb say they are also near reaching an agreement.

About 258,000 guests stayed at an Airbnb on the Beach in 2016, where the platform is largely illegal save for some multifamily buildings in specified areas. The platform was also responsible for an estimated $253 million in economic impact last year, with the largest portion of guest spending, 29 percent, going to local restaurants, according to Airbnb’s research.

But the Beach is almost a year into a new set of fines for violators that start at $20,000 for a first offense. As of this month, the city had fined residents nearly $4.5 million, according to the Beach’s Code Compliance department.

Until now, some hoteliers and hotel experts have said there may be a place on the Beach for Airbnb — as long as it follows the taxing rules and other safety and security regulations, such as Americans with Disabilities Act guidelines, required for hotels.

Still, Mayor Philip Levine and the Miami Beach City Commission have remained staunchly opposed. The city unanimously passed additional rules in December requiring homeowners to submit an affidavit to the city affirming they are in an area approved for short-term rentals, have a business tax receipt and resort tax account, and that their condo association allows the rentals. That’s all before they can advertise their unit. Violations start at $1,000.

Airbnb spokesman Benjamin Breit said Miami Beach has refused to meet with the home-sharing company at all.

“Letters have gone unreturned. They are just not interested,” Breit said. “And it’s shame because $2 million is $2 million.”

Similar tourist destinations have signed agreements with Airbnb, Breit said, including Chicago, which gets $3 million in resort taxes, and Portland with $4 million. In Los Angeles, where the city gets $5 million in resort taxes from Airbnb, a portion of the money helps pay for homeless programs.
Miami Beach has adopted a somewhat-similar strategy. But instead of using tax revenues, the city has used money from the Airbnb fines to fund homeless services and affordable housing. As of last month, the city had collected $100,000 in fines.

Airbnb said it “has a genuine desire” to help the city reach the objective of funding those two projects — but through its taxes.

In an interview Wednesday, Miami Beach Mayor Philip Levine said the city would be willing to collect potential taxes from Airbnb only in areas where the platform is legal.

“We must balance the quality of life of our residents with potential tax revenue,” Levine said.

Residents on Miami Beach have complained that Airbnb poses security and noise issues and challenges to disintegrate their quality of life in neighborhood areas not zoned for short-term rentals.
We can’t have a discussion if we are sitting at the table by ourselves. They have to be willing to talk about this. Benjamin Breit, Airbnb spokesman

Reaching a tax agreement is not enough to put Airbnb on an even playing field as the hotels, said Stuart Blumberg, the former president of the Greater Miami and the Beaches Hotel Association and a major player in the 2009 campaign to ban short-term rentals.

Airbnb said it hopes to reach a compromise with Miami Beach when — and if — the city is willing to open discussions, as it has in other cities. In New Orleans, for example, Airbnb agreed to ban nearly all rentals in the tourism-overrun French Quarter as part of its tax agreement.

“Coming to the table, everything is predicated on that,” Breit said. “We can’t have a discussion if we are sitting at the table by ourselves. They have to be willing to talk about this.”