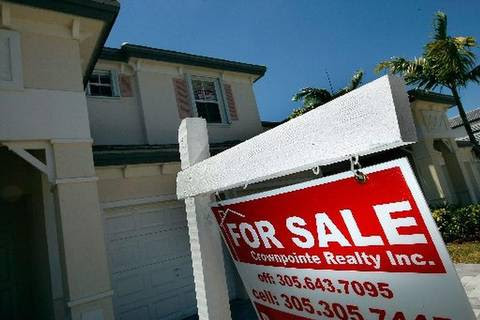 The middle of the South Florida home sales market is hot while the rest of the market is not.

The number of sales for single-family homes in Miami-Dade County priced between $250,000 and $600,000 jumped 10.5 percent year-over-year in February — and that represents a quarter of the Miami-Dade market, according to the Miami Association of Realtors’ report released Wednesday. The reasons: an influx of new residents and a shortage of new construction at attainable price points.

“Competition for mid-market Miami homes continues to heat up,” said Christopher Zoller, a Coral Gables Realtor and chairman of the Miami Realtors Association. “With mortgage rates on the rise, home buyers have an urgency to lock in rates.” Fixed-rate mortgages hover at about 4.2 percent, according to Freddie Mac.

Prices are still going up. In the condominium market, median prices in February increased 6.3 percent in Miami-Dade to $220,000 year over year. Miami-Dade’s median price for existing, single-family homes last month was $321,000, up 18.8 percent from a year ago, the Miami Association of Realtors said.

In Broward County, median prices also increased, but unlike in Miami-Dade, inventory on the market decreased in February, according to the report released Wednesday by the Greater Fort Lauderdale Realtors association.

But there is less on the market in Broward County. The number of new listings for townhouses and condos decreased by a significant 20.3 percent. The supply of inventory stood at 6.4 months, the report said. The supply of inventory for single-family homes now stands at 3.9 months, putting single-family homes solidly in the seller’s market category.

Continuing the trend of the last few months, there was a significant decrease in short sales and foreclosures for both single-family and condos in both Miami-Dade and Broward as the local real estate market continues to recover from the recession.

Nationally, total existing-home sales retreated 3.7 percent to 5.48 million in February. The national median price was $228,400, up 7.7 percent year over year.