Enrique Flor from the Miami Herald Needs Our Help! 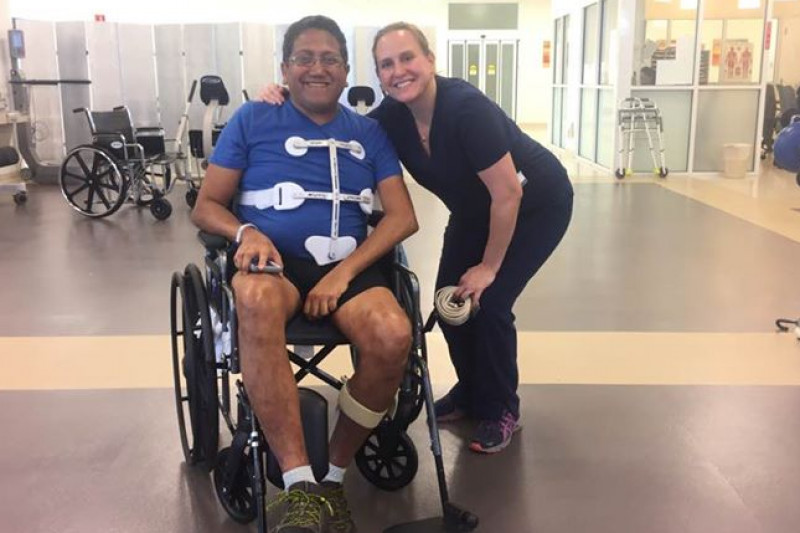 ENRIQUE FLOR FROM THE MIAMI HERALD IS ONE OF THE REPORTERS THAT HELPED UNCOVER THE CORRUPTION IN CONDOMINIUMS THAT LED TO THE FINDINGS FROM THE GRAND JURY AND THE ADOPTION OF THE AMENDMENT TO THE CONDO ACT.

BELOW THE TESTIMONY OF ERICA CARRILLO FROM UNIVISION AND BRENDA MEDINA FROM THE MIAMI HERALD WHO, WITH ENRIQUE, WORKED ON THE STORIES TO #StopCondoCorruption

He was paralyzed on the left side of his body and is now re-learning how to move his hand, his arm and his leg, how to walk, and many other actions we often take for granted.

He is in good spirit, working hard every day to recover as soon as possible. Kike wants to go back to being the dedicated and active dad to his 12-year-old daughter Marianita. He also wants to keep doing his work as a journalist, exposing wrongdoings and giving a voice to his community.

But his rehabilitation will take time and is very costly. We are asking for your help during this process. Every bit counts.

Kike needs help paying for therapy and transportation to and from his therapy and many doctors' appointments. Right now he needs assistance 24/7 since he broke a vertebrae after a fall. We are also working on adapting his house to make it safer for his eventual return.

We appreciate your help and well wishes for Kike.