Warning to Miami-Dade’s Airbnb hosts: You may risk tax fraud 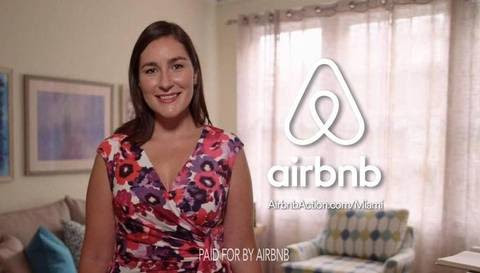 A one-page flier prepared by the office of Property Appraiser Pedro Garcia carried the headline “Homestead Exemption Fraud and Airbnb” and warns that Miami-Dade property owners utilizing the property-tax discount may be violating the law if they also rent to Airbnb travelers.

Property owners “need to be aware that upon renting their property or portions of their property through homesharing or collaborative consumption companies such as AirBnB, may be committing Homestead Fraud and are subject to lose their exemption, plus a 50% penalty and 15% interest,” reads the flier. “Stay informed!”

In an interview, Garcia pointed to a state statute that bars homestead exemptions when someone rents out all or most of a residence for at least 30 days two years in a row. Tom Martinelli, Airbnb’s head of policy in Florida, acknowledged that state rules cap the number of days homeowners can rent their residences and still qualify for homestead exemptions.

Chris Lehane, the company’s head of global policy, said Airbnb’s model serves as a complement to the homestead exemption, since both lower the cost of homeownership. “Those two go together,” he said. “Most places recognize a homestead exemption was established to let middle-income homeowners keep their homes.”

Garcia’s advisory, made public Friday afternoon, comes as various mayors in Miami-Dade have lined up on opposite sides of the Airbnb issue. Miami-Dade Mayor Carlos Gimenez is reportedly close to endorsing an agreement with Airbnb to sanction the service by allowing renters to pay lodging taxes to the county. But the mayors of Miami and Miami Beach, Tomás Regalado and Philip Levine, have rallied to reject Airbnb in their cities, saying the service disrupts residential living and can cause strife with neighbors.

Levine and Regalado are hosting an event Monday on “community concerns” about Airbnb, and Garcia said he planned to attend. But the property appraiser, reelected without opposition last year, said he is not taking a stand against Airbnb.

“I have no problem with Airbnb,” Garcia said. “I’m only concerned about people making mistakes and losing their homestead exemption.”

The homestead exemption is reserved for primary residences and often means substantial savings on the annual property-tax bill. Homeowners may deduct $50,000 off their property’s taxable value, as well as restrict the value’s growth to 3 percent a year.

Daniel Weiss, a Miami lawyer with Property Tax Adjustments and Appeals, said he would advise clients to be wary of their homestead exemption if they considered renting space through Airbnb — particularly with Garcia’s aggressive pursuit of violations.

“There’s very much a risk,” he said. “I would say be very careful about it.”