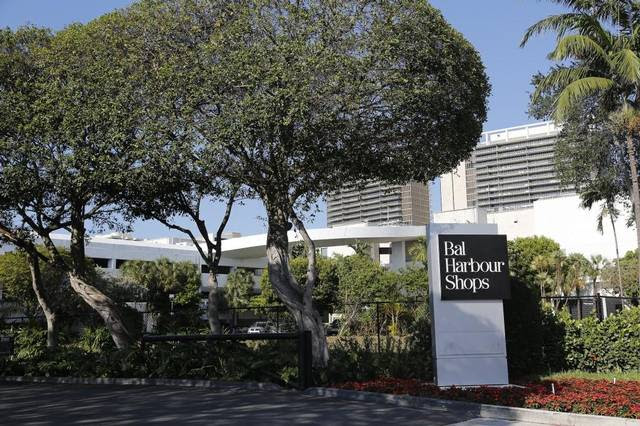 After hours of contentious debate Wednesday night, the Bal Harbour Village Council killed a plan to sell Village Hall to make way for a $400 million expansion of Bal Harbour Shops.

The council members voted 2-2 — effectively a No vote — on a plan to sell Village Hall after a lengthy meeting at the Sea View Hotel, 9909 Collins Ave., that featured multiple presentations from the developers, their architects and attorneys — and hours of public comments from dozens of speakers.

Mayor Martin Packer and Assistant Mayor Patricia Cohen voted against selling Village Hall. Council members Seth Salver and Gabriel Groisman cast yes votes. Councilman Jaime Sanz was not at the meeting due to a conflict of interest. He is a Neiman Marcus employee and the store is one of the largest tenants at the shopping center.

Residents that opposed the expansion said they worried about the increase in traffic and the potential for years of construction along Collins Avenue and 96th Street. Some said they wouldn’t mind seeing the shopping center expand but wanted smaller growth.

“If it’s a moderate expansion, I think many people would like it,” said resident Sybille Holder.
The council’s decision will require Bal Harbour Shops to reconsider their proposal if they plan to move forward. Had the council approved the sale of Village Hall, it would still have had to go to a referendum for voters to decide.

Matthew Whitman Lazenby, the president of Whitman Family Development, said he was disappointed in the council’s split vote. Bal Harbour Shops has insisted that the Village Hall land is key to the expansion plan. The Whitman family owns the mall.

“If the people don’t want [the expansion] they don’t want it, but if people want it I can’t understand why an elected official would want to keep that from them,” Lazenby said.

Residents that favored the expansion plan said it would give the village a notable new municipal center — the developers has committed to building a new Village Hall — and would make the village competitive in the high-end retail market.

The often contentious meeting caused Packer to bang his gavel several times and chastise members of the audience who called out, clapped or booed throughout the meeting.

The meeting also included additional claims against Cohen, who was accused of bias against the expansion project by the developer’s attorney, John Shubin.

Shubin presented comments Cohen made at a meeting discussing the project in November and emails that Shubin said showed her opposition to the project. The developers asserted that Cohen’s friendship with members of the Soffer family, the developers of Turnberry and owners of both Aventura Mall and the Fontainebleau hotel in Miami Beach, might have clouded her judgment.
Village Attorney Richard Weiss allowed Shubin to proceed, but said he considered Shubin’s portion of the presentation as “personal attacks on Councilwoman Cohen.”

The expansion calls for increasing the size of the shops by about 400,000 square feet and relocating Village Hall. The developer’s design includes larger sidewalks, outdoor fountains and the anchor of the state’s first Barneys New York store, along with new stores, restaurants and facades. The plan for the shopping center, which turned 50 last year, has been in the works for about five years and the design was finalized last October.

The potential agreement called for the developer to contribute $1 million a year toward parking and transportation improvements, pay $250,000 a year for police patrol, give the village ownership of land that has a bank as a tenant (the village would collect $700,000 in rent annually) and build a new waterfront public park spanning about two acres.

Bal Harbour Shops estimates the village’s benefits would total about $127 million, mostly from taxes, the bank’s rent and the new village hall. The mall’s expansion would take place on the current Village Hall site, along 96 Street, and on the site of the former Church by the Sea. The 70-year-old church which was demolished in December despite some efforts to designate it as a historic building. Construction would take an estimated six to eight years.