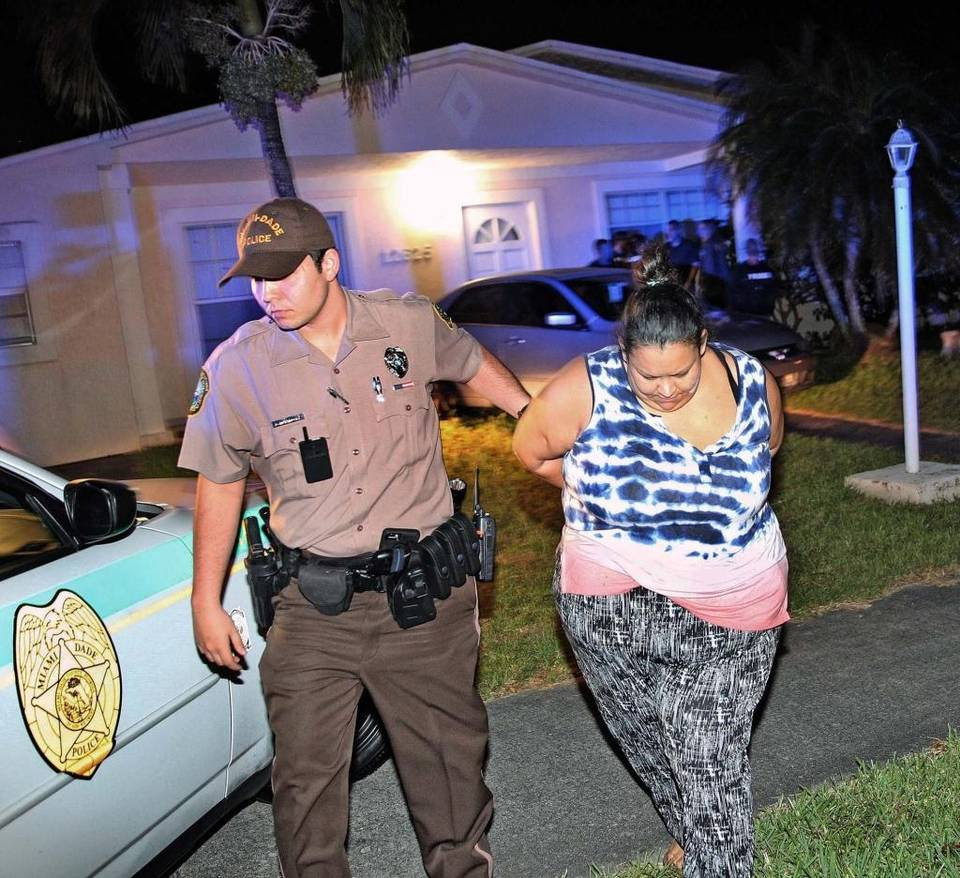 Miami-Dade police launched their first blow in the fight to end local condominium fraud with the arrest Tuesday of a former accounting assistant accused of stealing thousands of dollars from the condo community.

Leslie Navarro, accused of stealing $148,000 from the Hammocks proprietors’ association, a popular residential area in Kendall, was arrested early on Tuesday by a newly created special police unit. She was charged with first-degree grand theft and organized crime to defraud more than $50,000.

Police said Navarro used the stolen money to make a variety of purchases at supermarkets, toy stores, department stores and a popular underwear store in Hialeah. The case was first reported as part of a joint series called “Condos de pesadilla” (Condo nightmares) by el Nuevo Herald and Univision 23.
"She [Navarro] opened a bank account to divert money belonging to Hammocks’ residents, and in less than a year stole $148,000," said Miami-Dade Police Chief Juan Perez, shortly after the arrest. "We’re going to continue investigating every time we receive these types of complaints."

Miami-Dade Mayor Carlos Gimenez noted the work carried out by the county police’s special unit.
"This is the first arrest but it won’t be the last," said Gimenez. "But we need help from Florida’s state government so we can set forth legislative reform that can help us bring people committing these crimes to justice."

A month later, Navarro opened an account for her corporation at Bank of America, where she began depositing maintenance payments made by Hammock condominium dwellers.

All of these deposits were channeled through Association Capital Resources LLC, a debt collecting company, headquartered in Jacksonville, that had been contracted by the Hammocks proprietors’ association.

The investigation documented that Navarro spent part of the money on extended shopping sprees. For instance, on May 6, 2015, money from the account paid for items at a Macy’s in Miami totaling $487, police say.

The next day, police said money from the account was used to pay for a shopping spree at a Macy’s in Hialeah, where the bill was $680. Another $235 was spent at Victoria’s Secret and $73 at Bath & Body Works, police said.

On Tuesday, Marglli Gallego, current treasurer of the Hammocks association, praised police efforts.
"Justice was finally made!," Gallego said. "This arrest sets an important precedent in our community. Now, it’s clear that authorities will arrest and take people committing fraud in Miami-Dade condominiums to court."