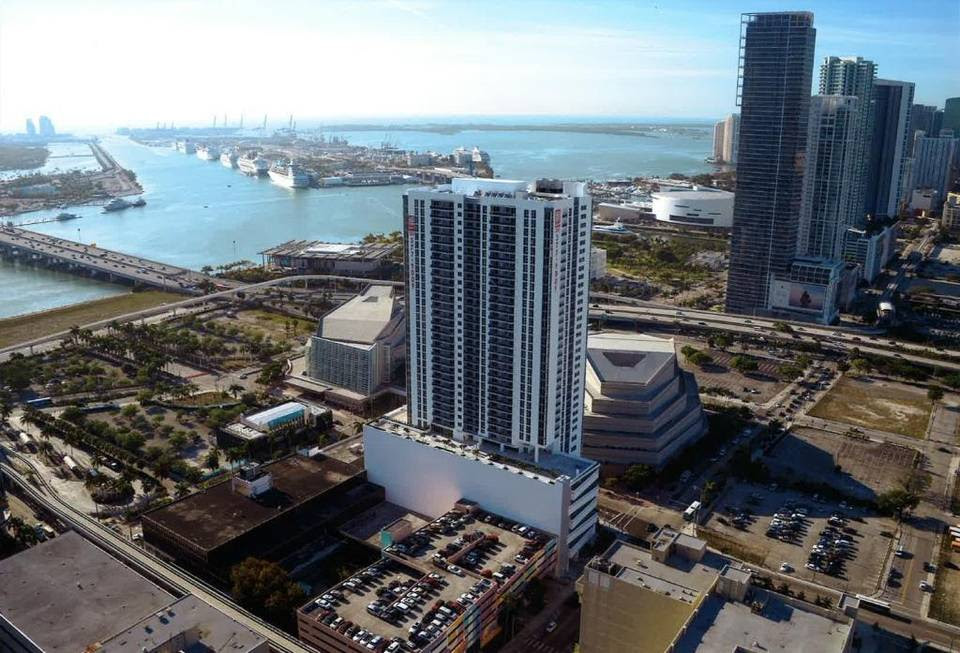 More than 12,500 rental units are in currently in the pipeline

Rental apartments are sprouting throughout Miami-Dade as focus turns from ultra-luxury condos to apartments geared toward young professionals seeking an urban lifestyle.

READ MORE: Brickell City Centre is city in a city

More than 12,500 new rental units are in the works, with almost 2,000 of those landing in 2016, according to the Miami Downtown Development Authority’s residential report for the first quarter of 2016, prepared by Integra Realty Resources.

“I don’t think we’ve ever seen 2,000 rental units come online in downtown Miami. This is one of a kind,” said Anthony Graziano, Integra’s senior managing director.

Many of these new apartment buildings boast pools, gyms and other perks. Units range from 400-square-foot studios to 1,350-square-foot three-bedrooms.

“It’s [high quality] but it’s attainable,” said George Spillis, principal of Grass River Property, the developer behind Grove Station Tower, a 184-unit apartment building at the intersection of U.S. 1 and 27th Avenue that opened in January.

While those prices may be expensive for many in the millennial target market, the new buildings are filling up. When the Melo Group’s 497-unit Melody Tower next to the Adrienne Arsht Performing Arts Center, 85 percent of the apartments were leased when the building opened to its first tenants this week. Grove Station, which opened in January, is more than 60 percent full.

By most accounts, Melo Group is the “poster child of multi-family developments.” Among the 14 residential developments in its portfolio, 11 are rentals. Of those, 10 have been completed with a total of 2,000-plus units across Edgewater, Brickell, Allapattah and the Arts & Entertainment District.
It isn’t just the father-son operation supplying the rental market.

At Miami Worldcenter at Northeast Second Avenue and Northeast 10th Street, developer ZOM is set to break ground on Luma, a 429-unit rental tower, later this year. In the same development, CIM Group and Falcone Group will partner to develop two rental towers, delivering a total of 863 apartments beginning in summer of 2018.

The wave of rental properties is designed to satisfy long-standing appetite for housing in the greater downtown area, where almost 150,000 people commute each day for work. Over the next five years, downtown Miami will see an increase to nearly 200,000 office jobs, according to the DDA.
Still, the sudden sprout of so many rental buildings may be more than the city can handle, at least for now, say experts.

Existing condos, many of which delivered between 2007 and 2010, previously satisfied demand. But as markets shift, Graziano said, condos may be re-purposed and rental tenants are pushed out, shrinking overall supply. The downtown Miami population also continues to increase. It was estimated by the DDA in 2014 that more than 80,000 people occupied the 3.8-square-mile area that begins in Midtown and extends to the tip of Brickell Key. That number is projected to grow 14 percent, to 92,519, in five years.

“The drivers behind the multifamily business are based on the local economics and job creation and movements of populations to the urban cores,” said Arnaud Karsenti, principal of 13th Floor Investments. “There’s definitely room to create a rental inventory.”

Ezra Katz, CEO of Aztec Group, a real estate investment firm, said there may not be enough demand in the short term to soak up new condos and rentals. (According to the DDA, a total of 22,154 residential units will be delivered during this real estate cycle.)

“Without trying to be a soothsayer — I’m using my 35 years of being in business — I predict that the impact will not be positive,” he said.

At least in the short run. “The long term effects,” he said, “depend on how many people will live in condos they purchased and how many will change their mind and put them back on the market.”
Still, one key part of downtown’s residential appeal — avoiding commuter traffic — isn’t like to diminish any time soon.

“The commute times to go from south to north or west to east are ridiculous ... [It’s] unbearable to sit in your car all day,” Karsenti said.

Karsenti’s 13th Floor is partnering with Adler Group on Motion, a 294-unit apartment building in Kendall being marketed as “transit-oriented” due to its proximity to the Metrorail, which connects riders to downtown Miami and Brickell.

More than 80 percent of new developments are borrowing from the same playbook, according to the DDA, situating themselves within one mile of mass transit, such as the Metrorail or Metromover.
“Younger employees, which are the fastest-growing segment of the U.S. workforce, prefer urban neighborhoods and easy access to alternate transportation. We’re seeing this impact the Miami market as developers build transit-oriented developments and companies prioritize office locations in areas that are walkable and well-connected,” said Steven Hurwitz, principal with commercial real estate firm CREC and a member of the Urban Land Institute’s district council.

Grove Station, for instance, sits across the street from the Coconut Grove Metrorail station. Directly across the road from Brickell City Centre on SW Eighth Street is Solitair Brickell, a 391-unit rental development with access to Metromover. And the two rental towers of MiamiCentral will sit literally above the tracks of the Miami-to-Orlando Brightline express rail and adjacent to Government Station, accessible to both Metrorail and Metromover.

Another plus for the rental market: The millennial preference for moving around. An April 2016 study by Fidelity Investments found that about half of millennials plan to change jobs within the next two years, requiring a move to a different neighborhood or even a different state.

Case in point: When 25-year-old Bruno Lupo began searching for a Miami apartment, his No. 1 priority was finding a short-term lease. Lupo, who moved to Miami from Dublin, Ireland, in January with his girlfriend, wanted flexibility in case he was dissatisfied with his new apartment, new job or new city.

“We wanted to keep our options open,” he said.

Today, Lupo and his girlfriend, Christine, share a fully furnished studio in the Opera Tower north of the Venetian Causeway for $2,000 a month. They would pay less on a one-year contract, said Lupo, an operations manager of Trump National Doral resort’s golf course. To offset costs, he takes Uber to work and uses public transportation in downtown.

“I feel like Miami gets a really bad reputation for public transportation. But I have the Metromover and the trolley, which is free, and it’s actually been quite easy to get around,” Lupo said.
Spillis said Grove Station Tower’s proximity to mass transit has been a big draw, and it has gotten “a great response” from millennials, defined as being born between 1981 and 1997.

“We’re giving pricing options that they need that they can’t get in the market,” he said.
But even these rates are beyond the budget of many millennials, especially those living solo or in their early earning years.

“The typical salary of recent grads, you’re talking about the low [end of the $30,000 to $40,000 range]. And $25,000 a year for rent, you’re talking about a huge chunk of their gross income,” said Ali Bustamante, economics professor with Florida International University’s Center for Labor Research Studies.

According to a 2014 report by the Miami Downtown Development Authority, the average per-capita income of the greater downtown Miami area is $49,802. About 44 percent of those residents are between 25 and 44 years old.

By traditional standards, consumers are advised to spend a maximum of 30 percent on housing. For a two-income downtown household, that would mean a maximum of about $2,700 per month. For singles, that may mean finding a roommate, much as they might in New York or Los Angeles.
In those cities, rents are even higher. But so are wages.

“When you think of your LAs, New Yorks, San Franciscos, they have so many tech jobs. So many jobs in finance,” Bustamante said. “Miami is just on the cusp of developing these industries.”