WATCH OUT: Key West cracking down on vacation rentals 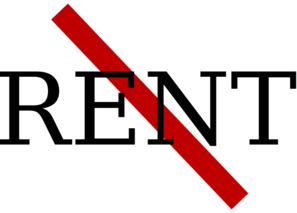 License required to rent for fewer than 30 days

This Key West luxury vacation rental won rave reviews on the travel website Airbnb, where tourists showered their host, Don Morris, with gratitude for his accommodations and charm.
"Don was a great host and the property is incredible," gushed Airbnb user Richard this past January.
But the place with the balconies, pool and private garden was an illegal rental inside the four-bedroom 916 James St., for which Morris lacks the required transient rental license.
Morris, a repeat offender who in May 2015 signed an agreement with the Key West Code
Compliance Department swearing not to rent the place again, now faces up to $8,000 in fines and fees.

Last year, the city fined Morris $5,000 for illegal rentals but suspended it as long as he ceased the practice.

In Key West, a license is required to rent short-term housing for fewer than 30 days.
Morris, 65, is due before Don Yates, the city's special magistrate governing code cases, for the 1:30 p.m. hearing May 25 at Old City Hall, 510 Greene St., to answer to three separate allegations he advertised and rented his home this year.

Searches of Airbnb, Homeaway and FlipKey turned up Morris' home going for rates ranging from $169 to $244 per night for up to two guests, according to paperwork filed by Code Officer Peg Corbett.

In March, undercover code officers rented the James Street room for two nights, paying $498 via Paypal, and they checked in April 8.

"The majority of people doing it, these are their second homes," said Jim Young, Key West's code compliance director. "It's depleting the housing that's available for people who live here and work here."

At recent code hearings this year, some illegal rental offenders have defended themselves by citing the high cost of living in Key West and the demand for rentals. One man said he was raising money for a college scholarship fund he had created.

Young said he recently lost an employee who could no longer afford living in the Keys after losing a roommate. The city worker was living on Cudjoe Key and commuting to Key West.
Monroe County officials have also called for a concerted effort to go after illegal rentals for lost bed taxes.

Ten Key West cases, including the three starring Morris, are on the agenda for May 25, but he isn't the only alleged repeat offender.

Rebecca Peige is once again accused of agreeing to rent out 925 Seminary St., where she is a tenant not the owner, according to code officers.

Also, Charles Weitzel and Teresa Willis are back before code for allegedly advertising $175 nightly rentals at 323 Petronia St., the former Floyd's Barber Shop that now houses the Blue-Turtle Gallery where Willis sells her original paintings.