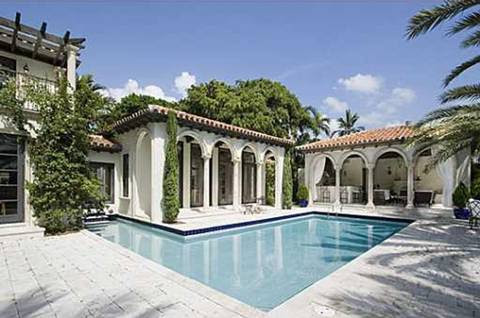 Those in the market for a million-dollar home are likely to find one in the Miami metro area, where the supply of luxury dwellings has nearly doubled from 3.3 percent of the real estate marketplace in 2012 to 6.3 percent in 2016. So says the online real estate company Trulia in a report released Thursday.

The Miami-Fort Laudedale rate continues to outpace the national average among the top 100 metro areas. In 2012, it was 2 percent; in 2016 it doubled to 4 percent

The report singled out La Gorce in Miami Beach — once home to rapper Lil Wayne — as the neighborhood with the highest concentration of million-dollar homes in South Florida as of this month. More than 96 percent of the homes on the mid-beach island south of Normandy Isle cost at least seven figures, a 29.5 percent increase from 2012.

In Broward County, the narrow island off Las Olas Boulevard known as Navarrea Isle has the next-highest concentration of million-dollar homes, with nearly 94 percent of its houses breaking the $1 million mark. That’s an increase of 42.4 percent over 2012.

On the other end of the spectrum was Syracuse, New York, where none of the homes was valued at more than a million dollars. That was a decrease from 0.1 percent in 2012.

The report analyzes all homes, regardless of whether they’re listed for sale or not.

“The million-dollar home used to be a rarity in the United States,” said Ralph McLaughlin, Trulia’s chief economist, in the report, “but is now becoming commonplace in several of America’s largest housing markets.”